At Lake Montessori School, we are proud to have constructed our classroom environments based on the Montessori Method, created by Dr. Maria Montessori. 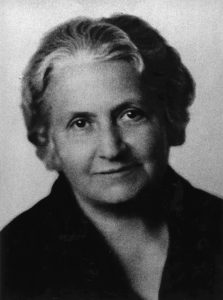 Dr. Maria Montessori (1870-1952) was an Italian physician and educator. She was the first female doctor in Italy, and in her clinical practice, she began to analyze the way children learn, and this piqued her interest in psychology and philosophy, which she went back to school to study. After teaching anthropology at the University of Rome, she left the position to pursue her passion for education, founding her first Casa dei Bambini (“Children’s House”) in Rome. This is where she developed the Montessori Method of education, based on the idea that children naturally learn from exploring their environments. She spent the rest of her life spreading the Montessori philosophy across the globe, until she passed away in Holland in 1952.

What is the Montessori Method?

The approach developed by Dr. Montessori has been used for more than 100 years across the world to educate children from preschool to high school. It has been used to teach children of all backgrounds and abilities. While it has continuously developed since its inception, the basic foundational principles of Montessori schools remain the same. The idea is that school should work with the inherent nature of a child, not against it. Instead of spending the day stuck at a desk, memorizing facts, children are provided with a “prepared environment,” which offers them organic ways to learn in accordance to their own curiosity. By giving the child agency over their development, they learn in such a way that sticks.

Interested in learning about how the Montessori method may be able to help your child thrive? Contact us to learn more about enrollment in our Montessori school in Leesburg. 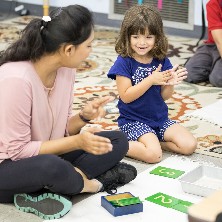 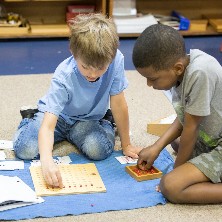 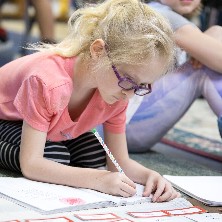 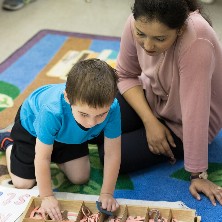